standard with photos -there-

Dog of moderate strength, working type, but withnobleness in its lines. The basic colour of the coat is called “grey” and thehair is harsh (hard). He must be fit and able to work on the plain, in thewoods and in the water and especially to work after shooting, searchingand retrieving wounded game. He is obedient and easy to train.

Unique type: It is diserable that the dog be solidly built, but not of a heavy type.

General description: Sufficiently long, lean, without folds in the skin, proportional to the body.

Skull: Rectangular shape, the superciliary arches must be pronounced, the frontal furrow visible. The occipital crest is felt at the touch.

Muzzle: Approximately the same length as the skull, sufficiently high and wide. Lower jaw even strong with a well developed set of teeth. The muzzle is straight.

Eyes: Almond shape, well set into eyesocket, of amber colour, with an inteligent expression. In the puppies and the young dogs they are bluish (azure). The eyelids are dark.

Leathers: Of proportional length, set above eye level. Broad at the inset (base) and the flap is rounded.

General appearance, topline: The dog is well built, rather high in size, straight back, the neck attached high and the head carried high.

The wither: Well pronounced and well linked with the line of the back.

The back: Straight, well muscled, solid, very slightly sloping towards the rear. The croup is broad, sufficiently long, neither overbuilt nor drooping.

Chest: Sufficiently long and broad, oval, in proportion with the whole of the body, let down to the elbow. Ribs well sprung, breast well developed.

Belly and flanks: Moderately tucked in.

Tail: Moderately strong, set rather high, carried downwards when the dog is at rest; carried horizontally when the dog is in action. Well furnished with hair but not brush style. The tail is shortened (docked) at half length.

Forequarters: On the whole well developed, vertical seen from the front or in profile.

Feet: Rounded with tight and well arched toes. The nails and the pads aredark in colour. Claws of inner toes must be removed.

Hindquarters: Well angulated ensemble seen from profile, and vertical seen from behind.

Feet: Rounded, toes tight and well arched. The nails and the pads are dark in colour. Dewclaws must be removed.

Gait/movement: Balanced, lively; at work on the plain the dog gallops.

Skin: Of medium thickness, elastic, without folds, of a grey colour.

Undercoat: Down short and fine. Normally looses it in the summer. Topcoat about 4 cm long, harsh, straight and flat. At the lower part of the muzzle, the hair is longer and softer, forming a moustache. Above the eyes, the hair is more marked and laying obliquely. The forehead and the occiput are covered with short harsh hair. The hair on the leathers is short and soft.

The tail is very hairy

Any departure from the forgoing points should be considered a fault and the seriousness with which the fault should be regarded in exact proportion to its degree.

• Size too big or too small in relation to the standard.

• Heavy appearance and without nobleness.

• Leathers too long or too thick.

• Hair too short, without moustache.

• Other basic colour than the “grey” (brown shaded sable).

• irregular position of the legs. 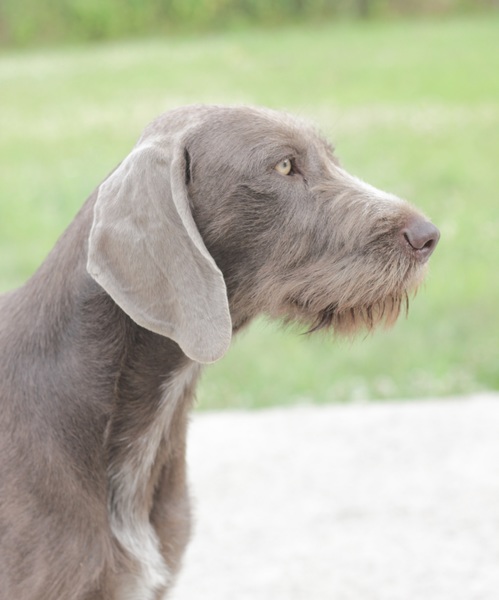 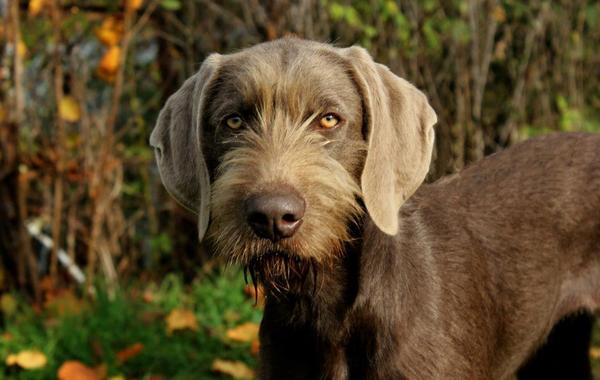 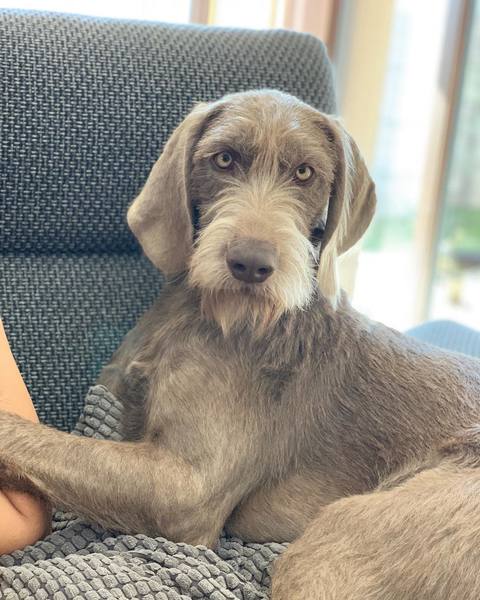 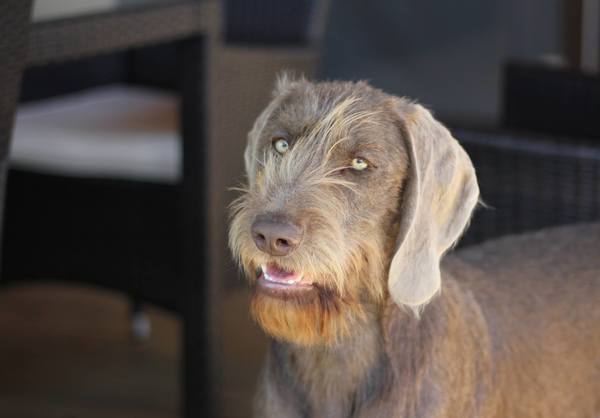 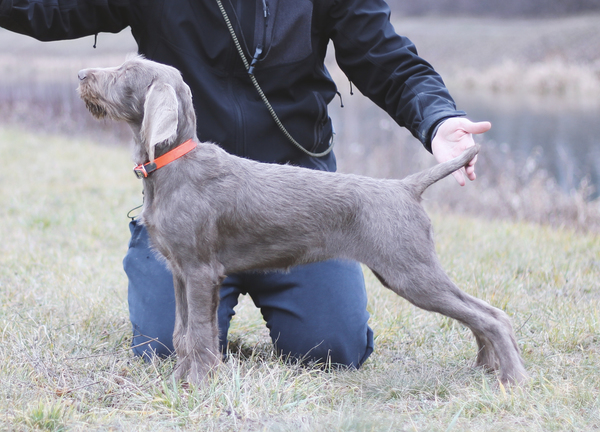 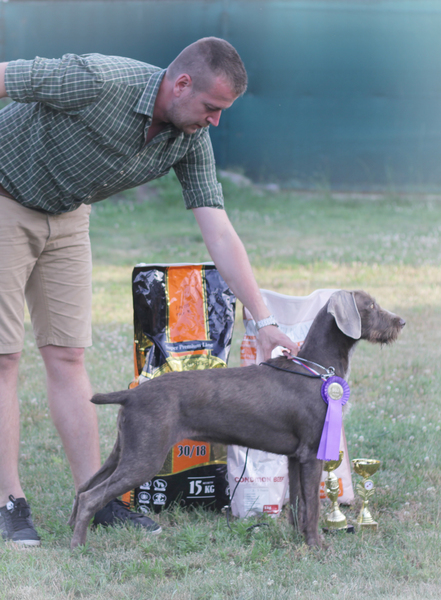 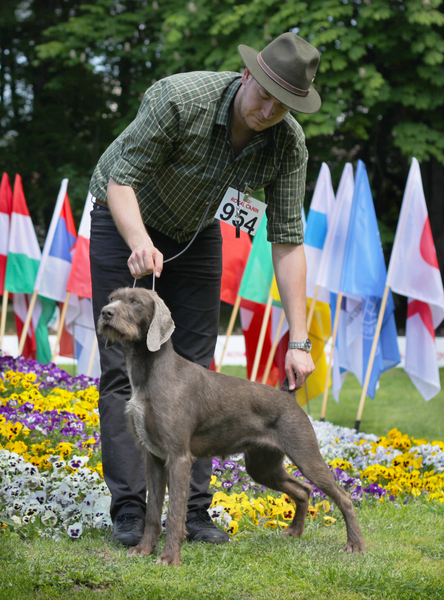 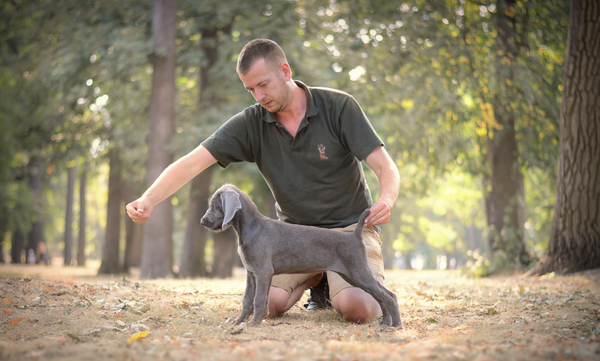